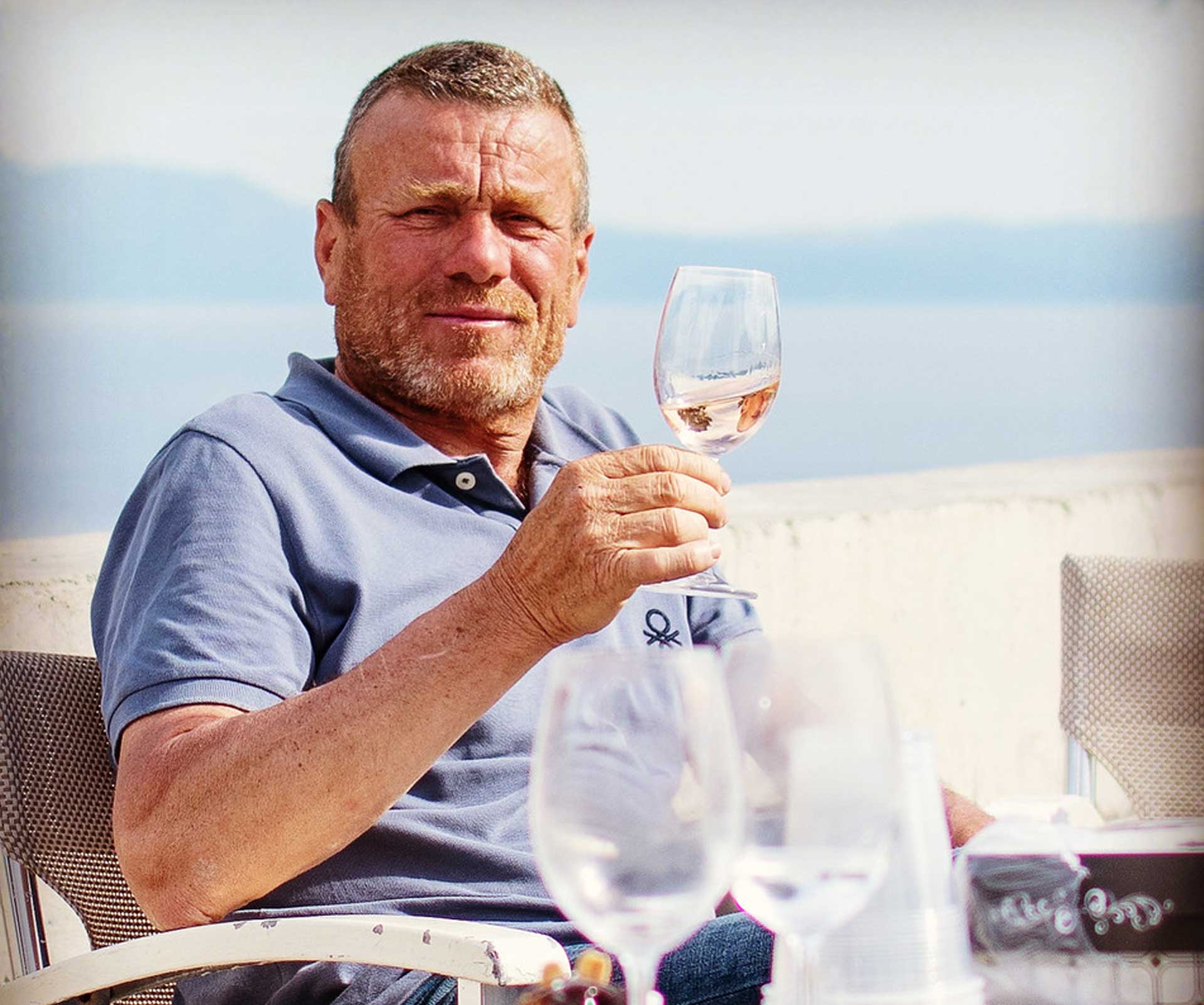 The creator is Giannis Parissis, an amateur little viticulturist who over time became a passionate friend and wine producer and in his fifties a professional winemaker.
The youngest child of a 9-member poor family, Giannis was born in 1965, with his father Charalambos, a farmer, viticulturist, he learned the art of viticulture and the olive tree. At that time Skiathos had productive olive groves and many millstones (taliagres), two of the most important were in the city and were converted into a restaurant (Borzoi), and 2 hotels (Pothos, Bourtzi).He loses his father by accident and from the age of 12 he leaves school and is thrown into the bio-fight, construction, waiter, barges in a gas station during the Persian era!

The 90’s find him the owner of the bar Digs, who made history on the island, with a fishing boat and with invisible hair!In 2001, Giannis Parissis met his wife Maria and in 2005 he left the nightlife. Order has been irreparably restored in his life!

They make some rooms for rent and is devoted to wine, cultivates and expands viticulture, finds a vineyard near some of his grandfather’s estates and prepares for the big move. Until it is done, he experiments with wines, acquires a local reputation as a carpenter and every year, the Skiathos are waiting for them how and how to try them.In 2020 the Paris Winery is ready.